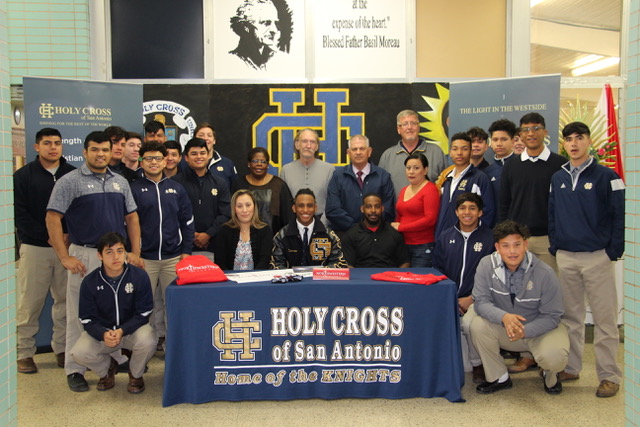 This morning, Mr. Darren Graham, Class of 2017, signed his commitment letter to attend, play football and run track at Northwestern College located in Orange City, Iowa. He plans to study Kinesiology in the Fall.

Mr. Graham will be playing corner back for the Red Raiders in the Fall.

On his official signing day, Mr. Graham was accompanied by his football coach Mike Harrison who is also the athletic director at Holy Cross. Coach Harrison mentioned he was very proud of Mr. Graham’s accomplishments and was honored to have known him since he was a young adolescent. Also by his side was the school’s Principal Henry Galindo who had words of encouragement for Mr. Graham. Cheering him on in support were his senior football teammates and his parents and family members.