In your prayers please remember Robert Rivas, a humble and caring Father was welcomed into paradise on August 13, 2021. Mr. Rivas is the Father of Arnold Rivas of 1982. Mr. Rivas will be greatly missed by Gloria Rivas, the love of his life for 63 years.

Departing in procession at 10:00 a.m. from Castillo Mission Funeral Home

Pablo dedicated his life to family and community. He was a pillar of St. Gabriel’s Catholic Church and a pillar of Holy Cross High School. His dedication and hard work brought opportunity to his family, friends, and neighbors. He embodied a Christian ideal of neighbor. May he rest in peace.

“I have fought the good fight, I have finished the race, I have kept the faith,” 2 Timothy 4:7

Bernard Paul Palmeri was the youngest child of Joseph Palmeri and Blanche Engelhardt Palmeri. He had two older brothers and two older sisters. He was born in New Orleans on February 28, 1944. His father was a fruit salesman in the city of New Orleans. Bernard grew up in Our Lady Star of the Sea parish on St. Roch Avenue where he was baptized and confirmed. When it came time for school, however, he went to John Shaw Elementary School.

He transferred to Holy Cross School in New Orleans in 1957 along with several of his classmates. He was involved in a number of sports at Holy Cross including football and wrestling. He graduated from Holy Cross in May of 1962 and accepted the offer of Brother Donald Hanzel to spend a summer in Watertown, Wisconsin to see if he might want to devote his life to being a Brother of Holy Cross.

He entered the program at Sacred Heart Juniorate in Watertown on June 16, 1962. From there he went to St. Joseph Novitiate in Rolling Prairie, Indiana where he was received as a novice on August 15, 1962. He made his first profession there on August 16, 1963 and then journeyed with the majority of his profession group to Austin, Texas where they began studies at St. Edward’s University and lived at Vincent Hall.

He entered full-time work for the Province for a number of years, serving as a Candidate Director, a Formation Director, and a member of the Provincial Council. From 1985 through 1992 he served as the South-West Province Promoter of Vocations.

In 1992, he accepted the call to help form a new religious residence in Beaumont, Texas, along with three other Brothers. Brother Bernard began work for Catholic Charities in the Diocese of Beaumont as an Individual, Marriage and Family Counselor. Part of his work entailed working with the six elementary schools and one high school in the Diocese. In 2000, he moved to full-time work with the schools. In 2009 his physical health began to deteriorate rapidly and he moved to the Brother Vincent Pieau Residence in Austin.

After a fall and a slight heart attack on December 20 he was taken to the hospital. In the fall he sustained a fracture in his lower back. He and his doctors determined that the operation to repair the damage was very risky especially due to his heart condition. Together they decided he would enter hospice care and return to the Brother Vincent Pieau Residence. He returned on December 24, 2018 (Christmas Eve) and passed away that afternoon at home where he wanted to die.

Services for Brother Bernard, CSC will be held at the chapel of the Brother Vincent Pieau Residence, Austin, Texas.

Click the link below to see the August Lunch Menu.

Athletic banquets are next week. Here are some details:

MS Banquet will take place on Tuesday, May 8th
HS Banquet is Wednesday, May 9th
Both begin at 6:00pm

Parents can purchase their tickets in the business office any day till 4:00pm.
Athletes MUST pick up their free ticket after school from 4:30pm – 6:30pm outside the weight room on Wednesday, May 2nd or Thursday, May 3rd.

Holy Cross fiesta medals are now on sale at the school front office, or Contact Mrs. Sophia Urias @ 210-364-7957 to purchase one. You can also find her table set up in the breezeway after school on most days. 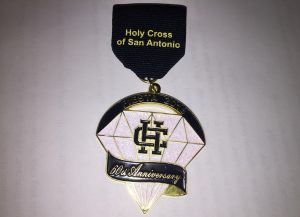 Buy yours before they’re all gone!

Congratulations to the Robotics Team for earning a bid to State! The team placed 5th overall and earned the Most Robust Robot Award. Texas BEST will be held in Frisco, Texas December 6th – 8th. This is the second consecutive year that the team will compete in State, great job Robotics Team! 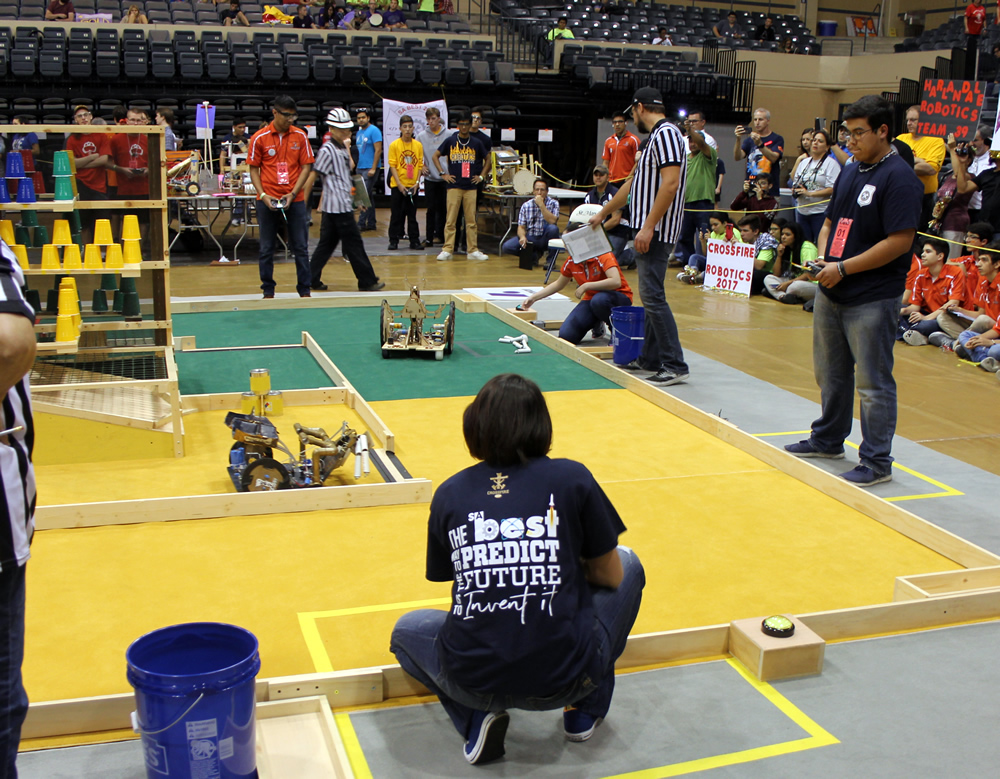 The class of 2020 is having a jewelry sale fundraiser. Please support them. 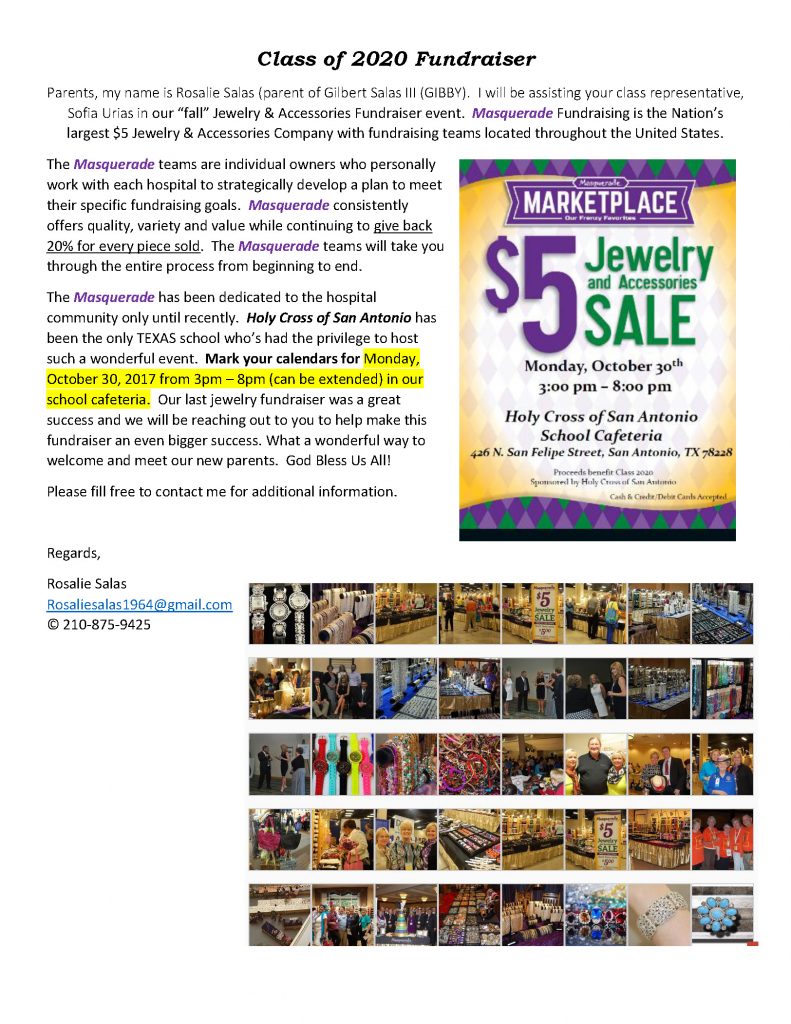 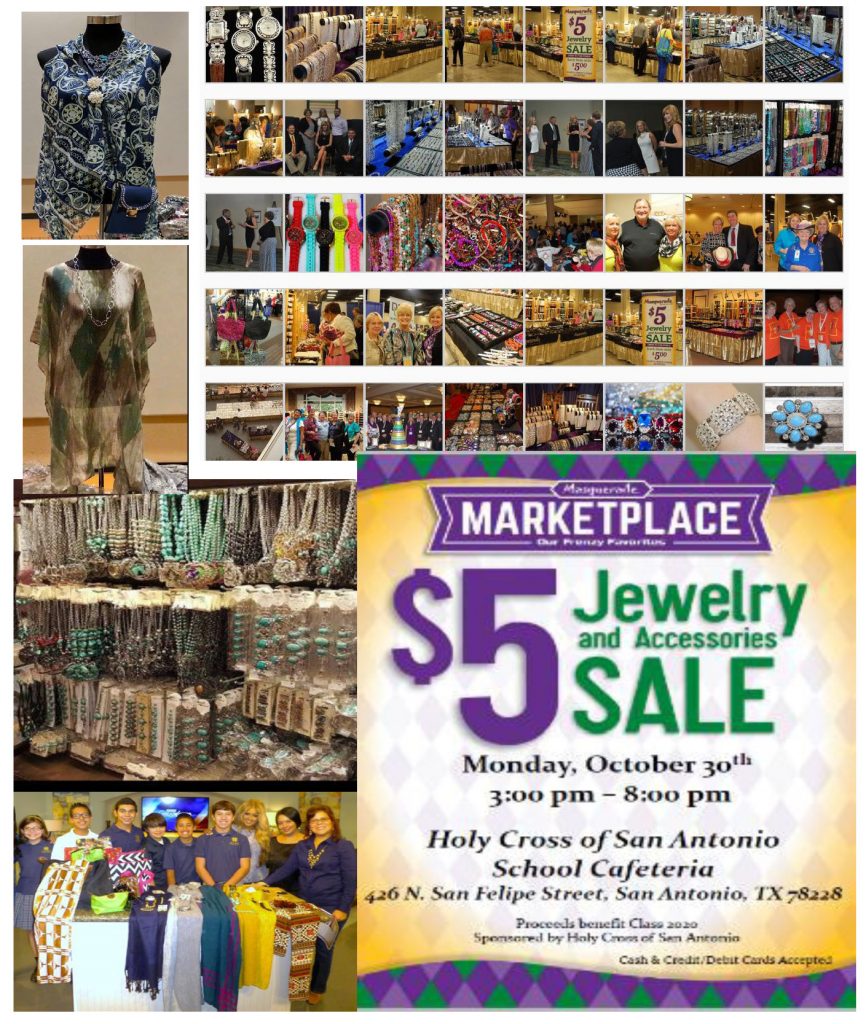 Please support this worthy cause.