On October 21st, we will celebrate the canonization of Blessed Brother Andre with a special school mass. All Holy Cross friends, family, and alumni are welcome to join. 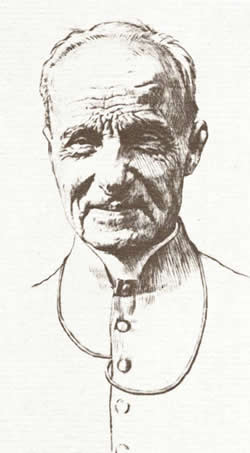 A sketch of Blessed Brother Andre.

Mass will begin at 9:35am, reception will follow. Students will be released after mass at 11:00am.

Who is Brother Andre?

Born on August 9, 1845, Alfred Bessette entered the Congregation of Holy Cross in 1870 and took the name Brother Andre. As doorkeeper in one of the Congregation’s schools, he fostered devotion to St. Joseph among the sick and otherwise afflicted and soon became known as the “Miracle Man of Montreal.” In 1904, he founded a simple shrine that would later become the world-renowned Saint Joseph’s Oratory. Brother Andre died on January 6, 1937. One million people paid him a last homage. He was beatified on May 23, 1982 by Pope John Paul II, and will be canonized in Rome on October 17, 2010. He is the first member of the Congregation of Holy Cross to be recognized as a saint.

Canonization is the solemn declaration by the pope that a deceased member of the faithful may be called a model or intercessor to the Christian faithful and venerated as a saint. It is important to note. Canonization does not make someone a saint. Instead, it is the formal recognition that a person is already a saint.

An Example of His Faith

Faced with many challenges in founding the Congregation of Holy Cross, Blessed Basile Moreau placed his confidence in the support of the Lord and encouraged his community to do the same. Nowhere was Brother Andre’s trust in divine providence more evident than in the foundation and expansion of St. Joseph’s Oratory in Montreal. Despite the many obstacles he encountered during its construction, he knew in his heart that this shrine was God’s will. Time after time, friends and benefactors came forward to lend their skills and resources  to the project when all seemed lost. during on work stoppage, when the basilica lacked a roof, Brother Andre famously said, “Put a statue of St. Joseph in the center of  the church, and if he wants a roof over his head, he’ll take care of it.” The dome was completed and is the third largest of its kind.

Holy Cross Community Services held its first pre-construction site meeting on Sept. 10 for the creation of a practice football field, a soccer field and a girls softball field as part of the Holy Cross Community Enrichment and Recreational Program.  The fields will be located on the corner of Rivas Street and General McMullen on the 9 acres of undeveloped property owned by the Brothers of Holy Cross.

The Holy Cross Community Enrichment and Recreational Program’s goals are:

The Program will provide health and wellness activities and sports for the local Westside families including the Holy Cross Pop Warner League and the Holy Cross of San Antonio’s students.  The fields are expected to be completed by Spring 2011. To learn how to make a donation in order to support this program, contact Elizabeth Eguia-Garcia, Director of Advancement and Development, 210.433.4509. 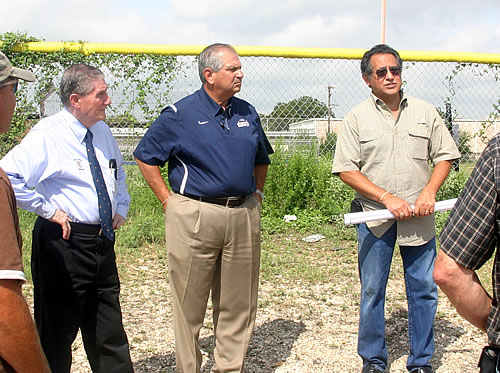 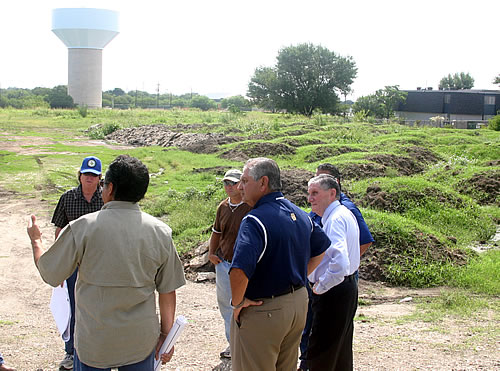 (San Antonio, Texas) Holy Cross of San Antonio hosted a memorial service on Sept. 10 in remembrance of the 9-11 attacks on the World Trade Center.

Special guests such as military, police, and fire public servants joined the students of Holy Cross for a tribute to the many first respondents to disasters. A short film was produced by the students and shown in memory of the many lives lost on 9-11-01.

Mr. Henry Galindo, Principal, expressed his deep gratitude and thanked them for their commitment to serve the best interest of the public welfare as first respondents. 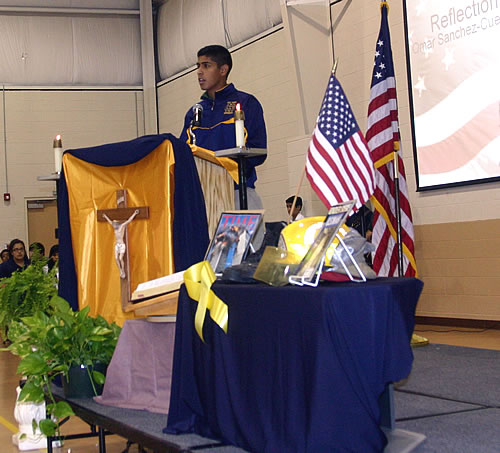 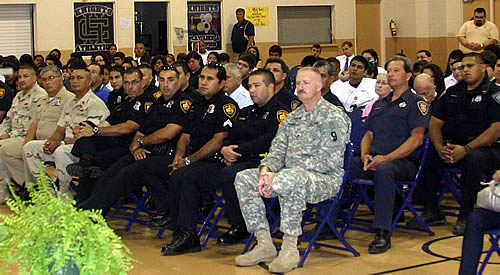 Thank you for your service and the sacrifices you make. 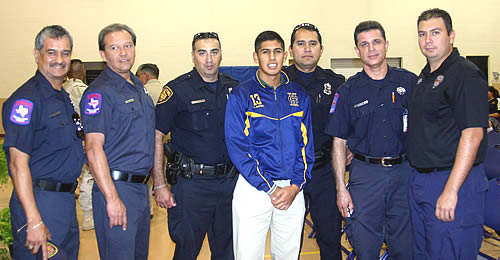 Omar with a few of our special guests.