San Antonio, Texas – Holy Cross of San Antonio served as host to the National School Choice Week’s local rally on Thurs., Jan. 31. Brother Stanley Culotta, C.S.C., M.D., Mr. Allen Parker, CEO of the Justice Foundation and Msgr. Dermot Brosnan, HC Board of Trustee were three of the panelists at the event. Over 300 parents of students in private schools attended the rally.

An additional interview conducted the evening of the Rally will be coming soon. 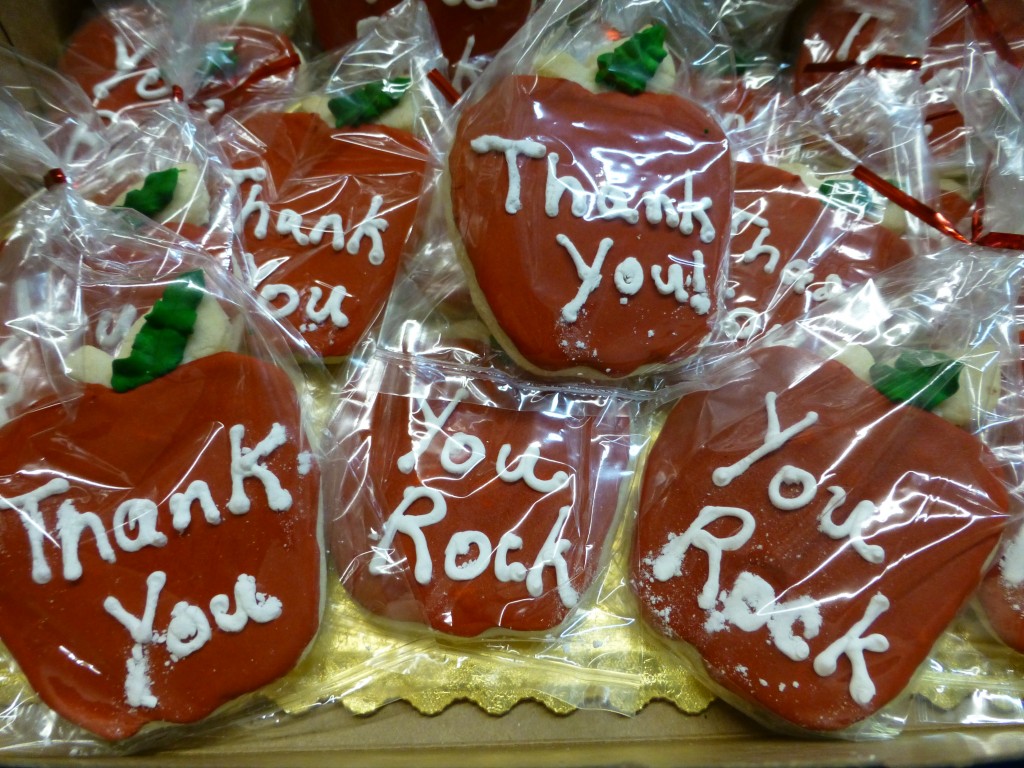 HC parents brought treats for Teacher's Appreciation Day! Thank you Holy Cross Teachers for all you do & for who you are!

In your prayers please remember Dennis R. Keeler, Class of 1966. Dennis passed away on Friday, January 25, 2013. He was living in Wilmington, Delaware and all services will be there.

THANK YOU TO ALL OF THE HOLY CROSS RELIGIOUS LEADERS FOR YOUR SERVICE TO OUR COMMUNITY!

On Thursday, January 31st we are hosting a School Choice Rally. This will be held in the Holy Cross Convocation Center from 6:30-7:30 pm. This is a required meeting for all Holy Cross families and we request that you invite your friends to attend so that they too can learn more about the benefits of School Choice. School Choice is an issue that has been considered in the past but this year we have a real chance of affecting a positive outcome. Please make plans to attend this meeting. Brother Stanley Culotta will present along with a special guest speaker, Mr. Allan Parker, President of The Justice Foundation.

We look forward to your support!

According to the Catholic Life organizers, the winners of the 2013 Catholic Schools Sweepstakes have been posted as follows:

Paula Webb, Our Lady of Victory-Victoria

George May, Our Lady of the Gulf Catholic School-Port Lavaca

Thank you for supporting the 2013 Catholic Life Sweepstakes. 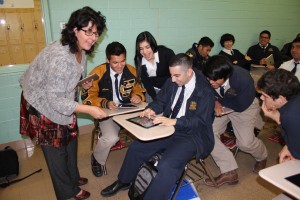 Holy Cross of San Antonio received an anonymous donation in order to enhance the English Department’s instructional use of technology.

“The school is deeply grateful for the gift which has allowed us to put iPads in the English classroom,” said Ms. Elizabeth Eguia-Garcia, Vice President of Advancement & Public Relations.

“Holy Cross received a grant last year from the Kenedy Memorial Foundation which allowed us to put iPads in the Art Department,” said Ms. Eguia-Garcia. “The students will greatly benefit from the donation which made the new iPads available to the English classes.”

Holy Cross of San Antonio is a Catholic Co-educational College Preparatory Middle and High School. The school predominantly serves a highly underserved and under-resourced community in the City’s Westside. All donations made to the school are tax deductible to the extent allowed by law. To learn more about how you can make a difference in the lives of the Holy Cross students, contact the Office of Advancement and Public Relations at 210.433.4502 or E-mail: eegarcia@holycross-sa.org. 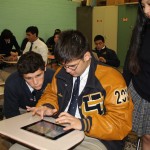 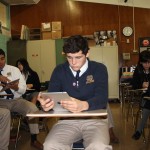 Mr. Flores and the Student Council members pass out pastries to each parent during car line on Jan. 28.

Holy Cross values and appreciates our families. On Mon. Jan. 28, the Student Council distributed pastries to all parents in appreciation for everything our families do to make Holy Cross one of the best college prep schools in San Antonio. 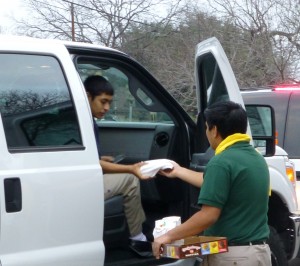 The School’s server has been experiencing some technical difficulties in the last couple of weeks. Please be aware that some E-mail correspondences may not have been received/sent or there may have been a delay. The matter is being addressed.

We apologize for any inconveniences.

The School’s Main Office is open during normal business hours Monday through Friday and you can call: 210.433.9395. Thank you!