Don’t forget to sign up for the Color Knight 5K Walk/Run! Spots are filling up!

At Our Lady of Guadalupe Church in Helotes

I hope that you will recall on many occasions hearing me speak about School Choice. Each time I have tried to emphasize the importance of School Choice to all families and especially to present and future Holy Cross families. Already, School Choice Bill have been filed with the 85th Texas Legislature, the current Legislature.

However! No School Choice Bill will become law unless we make it happen. School Choice legislation has the strong support of Gov. Greg Abbott and Lt. Gov. Dan Patrick. This is not sufficient! There is strong opposition and we must gather to overcome the opposition.

At the meeting we will answer your questions. But more importantly, we will review actions for countering the opposition. I look forward to meeting with you. Congratulations to Joseph Pena’17, he was awarded the Lineman of the Year Award from the San Antonio Quarterback Club. Joseph is the first ever private school student to receive this award. 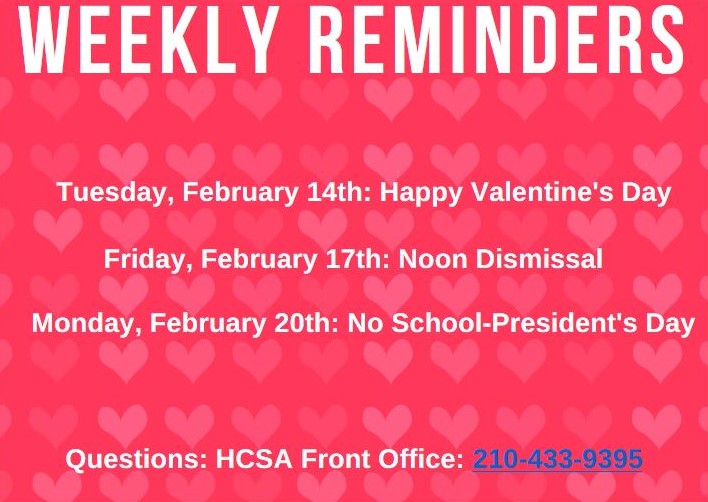 This Saturday, February 11, 2017 all are invited to help Holy Cross students make “Ask Me” boutonnieres. These boutonnieres are constructed from actual preemie diapers that workers from San Antonio and south Texas Sam’s, and Walmart stores, Stripes convenience stores, Corner Stores, and Dairy Queen restaurants will wear on their lapels.

An estimated 9,000 boutonnieres will be made and packaged by Holy Cross students this year. Please join us in the Holy Cross cafeteria from 9:00 a.m.-3:00 p.m. to help make boutonnieres. All are welcome.