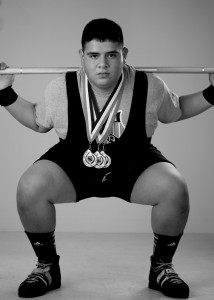 Congratulations to Holy Cross Sophomore, Joseph Pena, Class of 2017. Joseph has been selected to the USA National Team that will compete at the IPF Raw Classic World Powerlifiting Championships June 5 -14, 2015 in Salo, Finland.