The boys track team finished in 2nd place at the Devine Invitational on Saturday, March 26. Here are some results:

The middle school baseball team place 2nd in the St. Luke Tournament with victories over Holy Name 6-0 and St. Luke 4-1. Ricky Robles and Gilbert Jimenez were named all tournament.

The Varsity and Junior Varsity baseball teams are having a BBQ plate sale on Saturday, April 2, 2011 from 11:00am to 3:00pm in the school cafeteria. For $6.00 you get a plate of chicken, sausage, rice, sliced bread, and trimmings.

Desserts, water , and sodas will be on sale and you are welcomed to dine inside the cafeteria.

For tickets contact Mrs. Dianne McCutchen at 433-1209 or tmccutchen@sbcglobal.net 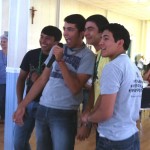 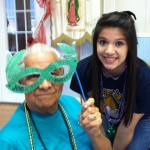 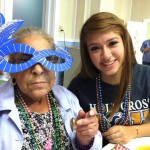 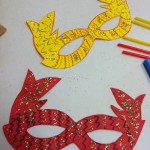 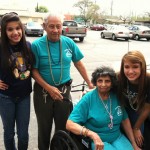 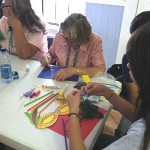 Congratulations to senior Thomas Ledesma for being selected to the 2011 San Antonio Express-News A-Team. The A-Team is an impressive group of 50 exceptional high school seniors who have made a positive difference in their homes, schools, and communities. The A-Team will be honored at the 19th Annual All-City / All-Regional A-Team Luncheon on Thursday, March 31, 2011 at 11:30 am. The luncheon will be hosted at the Pearl Stable and the Master of Ceremonies will be Sonny Melendrez. The A-Team members will receive awards from Mr. Tom Stephenson, President and Publisher of the San Antonio Express – News.

Congratulations to the boys track team for winning the Southside Relays!

This past Monday March 7, 20 students along with Head Boy’s Soccer Coach Gabe Serda III, attended and volunteered at the Northside Special Olympics Track and Field meet.  These students cheered, motivated, and hugged many athletes that competed in the meet.  These Holy Cross students truly shined for the west side while serving their community. 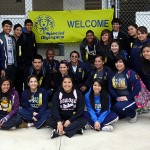 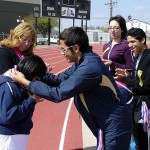 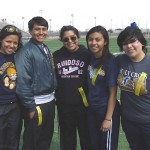 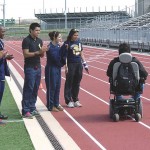 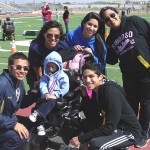 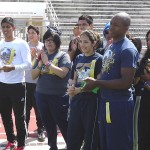 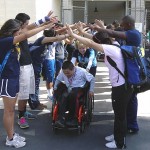 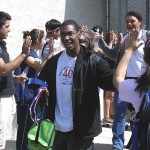 And the beat goes on… Those “fearless” Holy Cross cheerleaders won their fifth Cheerpower title at the Alamodome this past February.

Competing in the “Small Novice” division, the Holy Cross cheer team beat five other teams and did so with such high scores that they also earned the title of “High Point Champions.” This particular title is bestowed upon the team with the highest total score in the “Novice” category, which had up to 15 teams, including several 5A schools from San Antonio.

The victory was especially gratifying for the girls since it came against Canyon Lake High School out of Fischer, Texas, a talented squad who had previously beaten them twice last year in their home turf of San Antonio. With those defeats fresh on their minds, the Holy Cross cheer team had ample motivation to follow up their recent NCA national title with yet another championship trophy.