In your prayers please remember Tina Garza who died on Tuesday, February 20, 2018.  She is the wife of Robert Garza Class of 1969.

In your prayers please remember Maria De Los Angeles Flores who died on Thursday, November 30, 2017.  She is the mother of Wendy Flores Class of 2009.

December 30,1932 – October 28, 2017 On Saturday, October 28, 2017, Santiago Jim Silva died peacefully at his family home in Silver Spring, MD. His family celebrated his life at a mass at his church, St. John the Baptist Catholic Church.

The eldest son of Benigno Silva and Amalia (Garcia) Silva, Silva was a native of San Antonio, Texas and a graduate of San Antonio’s Central Catholic High School, St. Mary’s College, and Our Lady of the Lake College. He was a teacher, coach, and athletic director at St. Gerard’s and Holy Cross high schools. He was also one of the original planners of the San Antonio Neighborhood Youth Organization (SANYO), and an active leader and lifelong member of San Antonio’s League of United Latin American Citizens (LULAC).

A veteran of the U.S. Navy, Silva moved to Washington, D.C. to work for the U.S. Department of Labor, where he served as a manpower development specialist, special assistant for Latin American affairs, and a member of the U.S./Mexican Commission for Border Development. He was married to Mary (Mackelmann) Silva and had two daughters.

He is survived by both of his daughters, Cristina Silva and Elena Silva, his son-in-law Brian Woodward, his grandchildren Riley Hinton, Elian Woodward, and Gabriela Woodward, and a host of other dear family and friends in the Maryland-DC area and in San Antonio.

He is buried at the Maryland Veteran’s Cemetery in Crownsville, MD, and will be remembered and dearly missed by all who loved him.

M.J. often told stories of how he grew up very poor. His family would find work where they could to keep the family together. Support came from his family, but especially from the educators and coaches in his life. He fondly told tales of his time working at Joe’s Hamburger Stand during high school. His siblings would cover his shifts so that he could play football and stay in school. In 1951 he graduated from Harlandale High School. After graduation, he worked at J. & B.’s Hamburger Stand until he joined the Navy. Navy stories included his hate of the cold weather in Chicago, love of coaching intramural sports, and the buddies he made in Little Creek. It was in Little Creek where he met a Navy Chaplain that encouraged him to return to San Antonio to use his GI Bill for college. Returning to San Antonio, he met Elaine Jungman during Frontier Days in Bandera, TX. They married in 1956 and later had 3 children. M.J. graduated from Trinity University with a Bachelors of Science degree in Physical Education and Biology. His teaching and coaching career began at Southcross Junior High followed by positions at Harlandale, Central Catholic, and Holy Cross High Schools. Each place brought him special memories. Coach Trammell’s career dream was fulfilled in 1972 when he was named head coach of his Alma Mater, Harlandale, where he spent many special years! Once an Indian, always an Indian!
He enjoyed fishing, writing poetry, and accordion music. M.J. was an avid gardener and amateur chicken farmer who spent many peaceful hours tending to his veggies and caring for his hens. His grandchildren were his pride and joy and inherited his love of swimming, gardening and chickens.
He was always proud of their accomplishments.  So much more could be said about this man, but most importantly, he was truly loved and admired by people whose lives he touched.

In your prayers please remember Frances G. Calderon who died on Sunday, November 5, 2017.

Frances Calderon is the mother of Raymond Calderon, Class of 1970.

In your prayers please remember Melesio Martinez who died on Thursday, October 26, 2017.

Melesio Martinez is the father of Felix Martinez, class of 1967.

Register to participate in Hope For The Future’s “Run With A Mission 5K”. Holy Cross will directly benefit from your involvement. 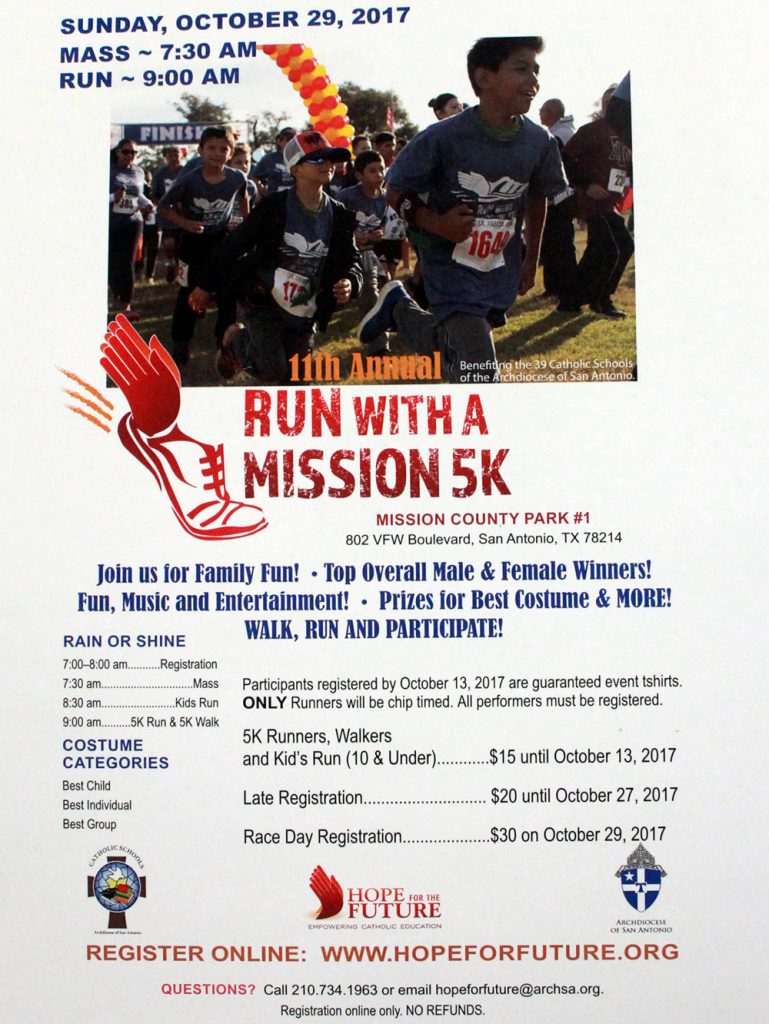 In your prayers please remember Felix Martinez who died on Monday, August 28, 2017.  Felix is a member of the Class of 1969.

10:00 AM – Mass of Christian Burial – Interment to follow at San Fernando Cemetery #2 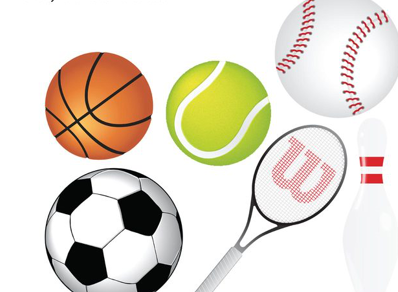 Remember to get your Physical for Athletics. It is an annual requirement to participate in sports. This year’s Physicals are sponsored by the Holy Cross Pop Warner.