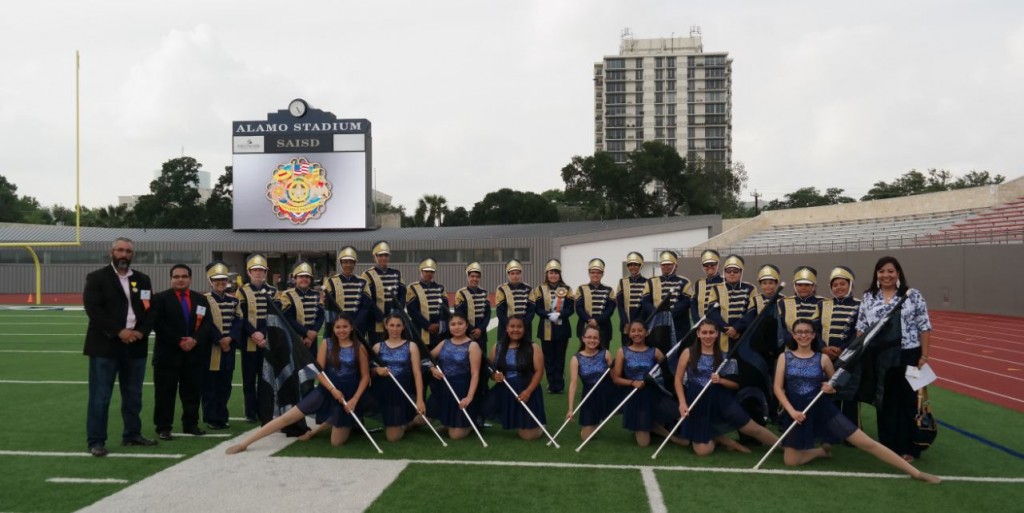 On Thursday, April 23rd, our Holy Cross Band and Color Guard team participated in the 77th Battle of Flowers Band Festival which was entitled “This Land is Your Land” and featured musical tributes to San Antonio, Texas and America with the grand finale featuring a patriotic salute to the USA complete with fireworks!

This year’s festival returned to where it all began at SAISD’s Alamo Stadium! Students from more than 30 high school bands from San Antonio and surrounding areas joined forces to present an entertaining musical evening that is one of Fiesta’s oldest and most popular events. The festival is known nationwide as one of the oldest and largest events of its kind dedicated to promoting and supporting the performing and visual arts among young students. Congratulations to our AWESOME band and color guard for participating in such a historic event!!